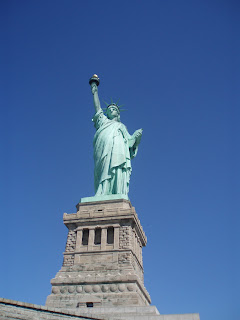 Yes, what happened on September 11, 2012 in Lybia is despicable, shameful, intolerable, atrocious, uncivilized.  And yes, you have to wonder, why, if Lybia’s security forces were able to over throw Gaddafi, why could they not stop a mob of 200 people?

Yes, it so easy for us to see these extreme militant terrorists, as monsters, as savages, as insane, uncivilized people, and it is equally easy to lump them together with all Muslim people.  And when we do that, we set ourselves up to react to this incomprehensible event and atrocity without thinking.  And in recent history, we have done that too many times at the cost of too many lives.

So, take a deep breath, breathe, STOP.  STOP thinking of how to get revenge, STOP the political posturing and saber rattling.  PAUSE for however long it takes to begin reflecting.  Reflecting on what?  On our own national history and on our own personal history.  Reflect on the parts of ourselves as both individuals and as a nation that have been or still are militant, despicable and intolerant.  Really and truly, we are not too far beyond these militant extremists or their followers in our treatment of those we judge to be potential or real enemies (our version of infidels) whether living inside or outside our borders.

As a Nation, we include LOTS of folks on our enemy or "infidel" list.  As individuals, we have a similar list.

For the religious right, for example, the enemy or infidels includes anyone who is not saved.  It definitely includes gay people.  How despicable and uncivilized is that?

For many of us, we continue to be quite outspoken in our prejudices about people of different ethnic backgrounds, different religious denominations, different sexual orientation, different political persuasions, people who look illegal, people who are illegal, and people who use food stamps or receive welfare.  They are all "infidels."  How despicable is that?  How uncivilized is that?  You know, some of you might be really surprised to find out how many of your friends use food stamps because they really need them.  Some of you encourage your adult children to apply for food stamps so they won’t be a burden to you.  So go figure!

People over 65 are fast falling into the enemy category.  In China, it is illegal to be born a female if you already have a sister.  Hopefully, some day it will not be illegal in this country to be over 65.  We are becoming one of the largest segments of the population and taking up way too much space.  We are costing the health care industry way too much money.  We are becoming progressively more bothersome to our families.  I mean they might have to take care of us if we don't die soon.  So-called old age is becoming older all the time.  Although some of you do take care of your elders and quite well I might add, there is still a larger trend to find a nice place, a nice facility, a nice home for Mom, Dad, Aunt Susy, Uncle Bob, and whoever else is still alive in the family.  Certainly not going to take care of them at home.

Let’s go the distance here.  Our own founding Fathers may have believed in the principle that all men are created equal, but they did not practice that principle in their lives.  And in whatever way they did practice that principle, “men” referred to males and probably males who were WHITE and owned property.  Equality definitely did not apply to people of color, and it did not apply to women.  How despicable and uncivilized is that?

It is less than a hundred years that women have been “allowed” to vote in this country.  Women have yet to achieve equality when it comes to jobs and wages.  They have not achieved equality within most religious communities, and their lack of equality within many denominations is often said to be supported by God Herself.

Women are also considered unequal by large numbers of men.  I won’t say majority because I do not have the data to support that.  What I do know is that a large percentage of the men who take advantage of my services to work out conflicts with their women partners have either a conscious and outspoken view or a “low-lying” insidious, almost unconscious view that women need to know and accept their subservient place and not complain about it.   How despicable and uncivilized is that?

It has only been about fifty years that the right to vote was guaranteed for Black Americans.  At least as late as the 1960's, in some parts of this country, Black Catholics could not sit in the same section of the Church as White parishoners.  They also had to wait last in line for both communion and confession, and in some instances, pastors stood at the church door refusing to allow Black people to even enter the church.  Despicable?  Uncivilized?

When did segregation end for buses, drinking fountains, bathrooms, restaurants, sports teams, jobs, and the like?  In some cases, not long ago.  I happen to be watching Nightline in 1987, when Ted KoppIe asked Al Campanis why there were not more Black managers in baseball.  Whoa!  I could not believe that an intelligent man would not only hold his viewpoint, but actually express it in front of the entire country.  I was embarrassed for him and for us as a Nation, because I knew that probably many many people thought just like him.

I recently witnessed a black couple being turned down at a car rental agency.  I was stunned and then ashamed of myself for not speaking out.  Recently as in two weeks ago.

What about our long-standing anti-Semitism?  Despicable?  My Church was completely silent about the Holocaust, and continued to label Jews as “Perfidious” up until the mid 1960's.  Despicable?  Uncivilized?  Yes, but Christian!  I know, slap me, but Christians have been anti-Semitic for a very very long time even though Jesus is a Jew and probably more Black than White!

What is my point here?  Well we decry a group of extreme militants who are just OUT THERE.  We cannot understand their culture, their religion, what seems to be religious intolerance, their intolerance in general of the Western world, their subjugation of women, and their seeming support of terrorist activity.  You know I get that part.  What I don’t get is that we don’t see that we are still just like them in so many ways, and our movement forward as a nation has not taken us too far down the road of equality and civility.

And let's be humble enough to never forget our country's history and journey.  Not to be a dead horse, but how many Native Americans were wiped out in our pursuit of happiness, wealth, and land?  Land that was not ours for the taking.  But we did. How many Black people just disappeared off the face of the earth during our countries bout with segregation?  Only sixty years ago, we were vulnerable to the likes of Joseph McCarthy and J. Egdar Hoover.  Today we are vulnerable to thinking that those on welfare, those using food stamps, the illegals, the elderly are the cause of our declining economy.  They are our "infidels." today, and seeing these folks as the cause for our economic difficulties makes as much sense as saying a bad movie about Mohammed is a good reason for us to kill your Ambassador and burn your embassies.

I do have some thoughts about a way to respond to the terrorism that you can read about on my Hubpages blog.  But the bottom line for me is this.  Whatever solutions we propose to deal with terrorism, let's go about it THOUGHTFULLY and INTELLIGENTLY, and with an eye to HISTORY.  Leave the revenge behind.  Leave it for the terrorists because it will ultimately be their undoing especially if we discontinue using revenge as a tactic for ourselves.

Our children deserve that we make this our mission. 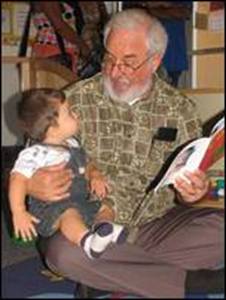