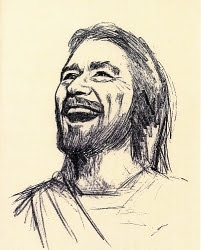 “Jenkins, the Chief wants to talk to you,” the voice echoed in Jenkin’s earpiece.
“Jenkins?”
“Yes, Sir!”
“Get over there to that Delaware Street church immediately.  We’ve gotten at least ten calls so far from the neighborhood reporting a large gathering of people singing Christmas carols!”
“I’m already there, Chief.”
“Well, what’s goin on?”
“I think maybe you need to come down here to see for yourself, Chief.”
“Hey, you’re not my boss, Jenkins.  I’m not comin down there.  That’s why I have deputies like you.  Now what in sam hell is goin on down there?”
“Well, that church parking lot is pretty large, you know.  And it’s filled with people.  They’re holding candles and singing Christmas carols.  They’re waiting for the Midnight service to start, and they’re going to watch it on their phones.”
“For God’s sake, they’re gonna set each other on fire.”
“They’re all battery operated candles, Sir.”
“Oh for Christ’s sake.  You get on your bullhorn right now and tell them they’re in violation of the social distancing guidelines and to go home or to face immediate arrest.”
“Sir, they are all standing six feet apart and all wearing masks!”
“I don’t give a shit how far apart they’re standing.  You get that crowd dispersed immediately.”
“Sir, I don’t think you understanad.”
“Oh, I understand all right.  This town has a large segment of senior citizens and these god damned right wing radicals are putting all those elderly folks at risk.  Now get them dispersed, Jenkins, or I will have your badge!  How many deputies you have down there right now?”
“There are six of us, Chief, and with all due respect, Sir, I....a...well, you’re not getting the picture here....”
“Look, Jenkins, I’ll call the Brownland chief and have him send his officers if my own deputies can’t step up to the plate or is it won’t step up to the plate?  Which is it, Jenkins?”
“Sir, a...every person here is at least over sixty-five.  Some are in wheelchairs, quite a few have walkers, some are carrying those portable oxygen tanks, and some look like they escaped from a nursing home.”
The Chief was silent.  And then growled.  “All of them?  Every single last one of them?”
“Yes, sir, All of them.  And they’re carrying signs.  Some say God matters and others read Faith matters.
“Is this a joke, Jenkins? Is this some kind of stunt?  What will these white evangelicals think of next?"

“With all due respect, Sir, a.a...there are all kinds of folks here.  Mexicans, Black people, even a group of Vietnamese people from Orange County.  And some one must have a police scanner because they know we’re talking and even what we’re saying.”
“For God’s sake, switch over to the secure channel.”
“That’s the channel that got defunded last month, Chief.”
“What?  What are you talking about?  Okay, okay, I got it.”
“Sir, there are folks here from all over the southern part of the state.”
“How do you know that?”
“There are busses parked on the street.”
“My God, Jesus Christ, what is this?”
“Sir, I just think you should come down here and get a first hand look for yourself.  The crowd is peaceful and following all the rules!”
“Are you a part of this movement, Jenkins?”
“No, Sir!  I’m too young for one thing.”
“Just start arresting people, Jenkins, and they will disperse pretty quickly.”
“Sir, if I begin arresting people, what do I do about their wheelchairs, their oxygen tanks, their walkers, and I’m afraid I’d break a few bones.  With all due respect, Chief, you’re not getting the picture.  These folks are all...well, old, I mean OLD, like your Dad.”
“Don’t be bringin my Dad into this.”
“I’m just trying to tell ya, Chief.  You need to get down here.”
“Go into that church and arrest that priest.”
“For what, Sir?”
“For disorderly conduct, for unauthorized assembly...whatever!”
“Sir, I tried to enter the church.  The doors are all locked, and there’s no one in the church but the priest.  There’s not even an altar boy!”
“A what?”
"An altar boy, you know?
“No, I don’t know.”
“Well, there’s no one in the church but the priest.  This gathering is all outside the church and all on church property, standing six feet apart and wearing masks.”
“How do you know they’re six feet apart, Jenkins?  Did you measure the distance between each person?”
“No, sir, but someone did!  Just like in the store.  There are these diamonds painted on the parking lot pavement showing people where to stand.”
“Jesus Christ!  This is some kind of conspiracy!”
“Hold on, Chief.  Someone is making an announcement.”
We want to let everyone here know, that the three of us here have set up a trust fund in three different local banks.  And anyone who contracts the virus over the next fourteen days, we will provide complete in home care for you.  All you have to do is hang on to that wrist band we gave you.
“Sir, could you hear that?”
“Jesus Christ!  Who are those nut jobs?”
“I think they’re the three most wealthy men in the county, Chief!  They just happen to be church goers.  Maybe if you came down here, you could talk to them in person.”
“Fuck you, Jenkins.  You are about to be fired.  I am on my way!”
“The crowd knows you’re on your way, Chief, and I don’t know if you can hear them chanting.”

“I don’t give a shit whether they love me or not.  I hope they heard that too.  I’ll be there as soon as I can get a team together of deputies who are not afraid to enforce the law and get this crowd of people to go home.  And that priest is going to have hell to pay.” 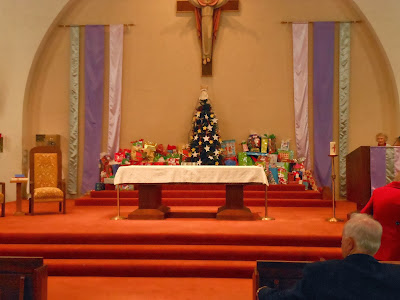 Posted by Vernon Bradley at 7:54 PM