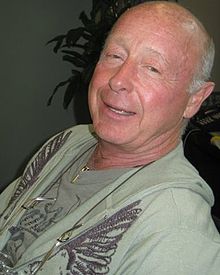 And as these stories have gone in the past, we will probably never know what prompted Tony Scott.  But this I do know, and you know as well.  And most likely, Tony Scott knew as well.

We each carry with us conscious and unconscious secrets, personal secrets, family secrets.  And most interesting, some of these secrets are obvious to everyone but to us, the secret holder.

Last week, for example, a close friend told me that he was more and more experiencing an inexplicable rage that was beginning to ooze and at times explode all over the place.  It scared him. My friend claimed vehemently, “This isn’t me.  There is something wrong with me....I even went to the doctor to see if he could find out what’s wrong with me....”

“It makes perfectly good sense to me,” I told my friend. “It’s pretty obvious to me why you’re feeling all that rage inside.”

My friend looked at me quite puzzled.  I then insisted that he knew what the rage was all about, and I insisted that he tell me.  But, for whatever reason, crazy reason, perhaps, he allowed himself to remain in the dark.

So I finally told him all the things he had recently told me about his life including being in a thirty year marriage with a person he never liked from the start, “‘can’t stand to be around....have no respect or admiration for...’ were your words,” I reflected back to him.  “You also told me that you have been taking care of EVERYONE for your entire life, and you’re fed up with that.”

He just stared at me.  Like that was too simple to explain the rage, the amount of rage, but for any of us, standing on the outside looking in, that is a LOT, and good reason to be enraged, but it was a secret he kept from everyone including himself until it finally oozed or eeked out on its own in a conversation with a friend.

So what was going on for Tony Scott?   We may never know, but we know there was something that drove him to leap off the bridge.  We can shake our heads and say, “No, probably not.  It is just a mystery,” and allow ourselves to stay in the dark, or we can say, “obviously, there was something, and I wonder what secrets I am keeping even keeping from myself....Maybe it’s time for me to begin doing something with my secrets.”

You may not jump off a bridge if you don’t do something with your secrets, but they will eventually have their way with you.  Trust me.  You can count on it.  And hopefully my promise will not come floating into your consciousness as you are leaping or pulling the trigger or emptying the pill bottle or driving the car over the embankment or worse driving into on-coming traffic and taking other people with you.

And do not be too quick to blame brain chemistry and chemical imbalances.  Why do we go there?  Those imbalances do not occur by accident, but are triggered and set up by the over-the-top events in our life that either we choose to keep secret or have been deemed secrets by our family, including events that sometimes occur while we’re waiting to be born.  The chemical imbalance simply substantiates that a person did not have enough serotonin at the moment to put the brakes on his or her suicidal impulses.  It does not explain the suicidal impulses to start with.

The worse part about killing myself?  The legacy of suicide we leave behind for our family, especially for our children.  We set them up to also take their lives.  It will run a six generational cycle, and maybe Tony Scott was already a part of that cycle in his own family, but I do not know that.

Is suicide selfish?  Hell yeah, it’s selfish, but I hesitate to focus on anyone else’s selfishness as I have enough of my own to go around for both myself and anyone else who might need some!  I vividly remember yesterday afternoon, eating directly out of a half gallon of heavenly hash ice cream carton, and not being able to stop myself no matter how much I both gently and then not so gently reminded myself what I was doing to my health.  And I can no longer deny how selfish I was for how many years?  Well, the first time around it was 21 years, and the second time around, 16 years, that I drank and drank and drank and destroyed my health and significant relationships.

So to sentence Tony Scott to death for selfishness is a mute point and perhaps missing the point.  But I suppose you could remember this when you consider killing yourself, for whatever reason. The pain you leave your loved ones, not just until the memorial service is over, not just for a few weeks or even years, but for generations, may be greater than the pain you think deserves your killing yourself.
Posted by Vernon Bradley at 1:15 PM